Nestlé expands its Bük factory with a HUF 20 billion investment

The biggest development project of Nestlé in Hungary

Back to Press releases

In the past seven years Nestlé has spent a total of HUF 43 billion on developing at their plant in Bük, Hungary. This has turned this unit of Nestlé Purina into one of the largest pet food manufacturing plants in Europe. It has 900 employees and more than 90 per cent of its output is made for export to third countries. The newest 5000 square-metre manufacturing hall was inaugurated by Mihály Varga, the Minister for National Economy. 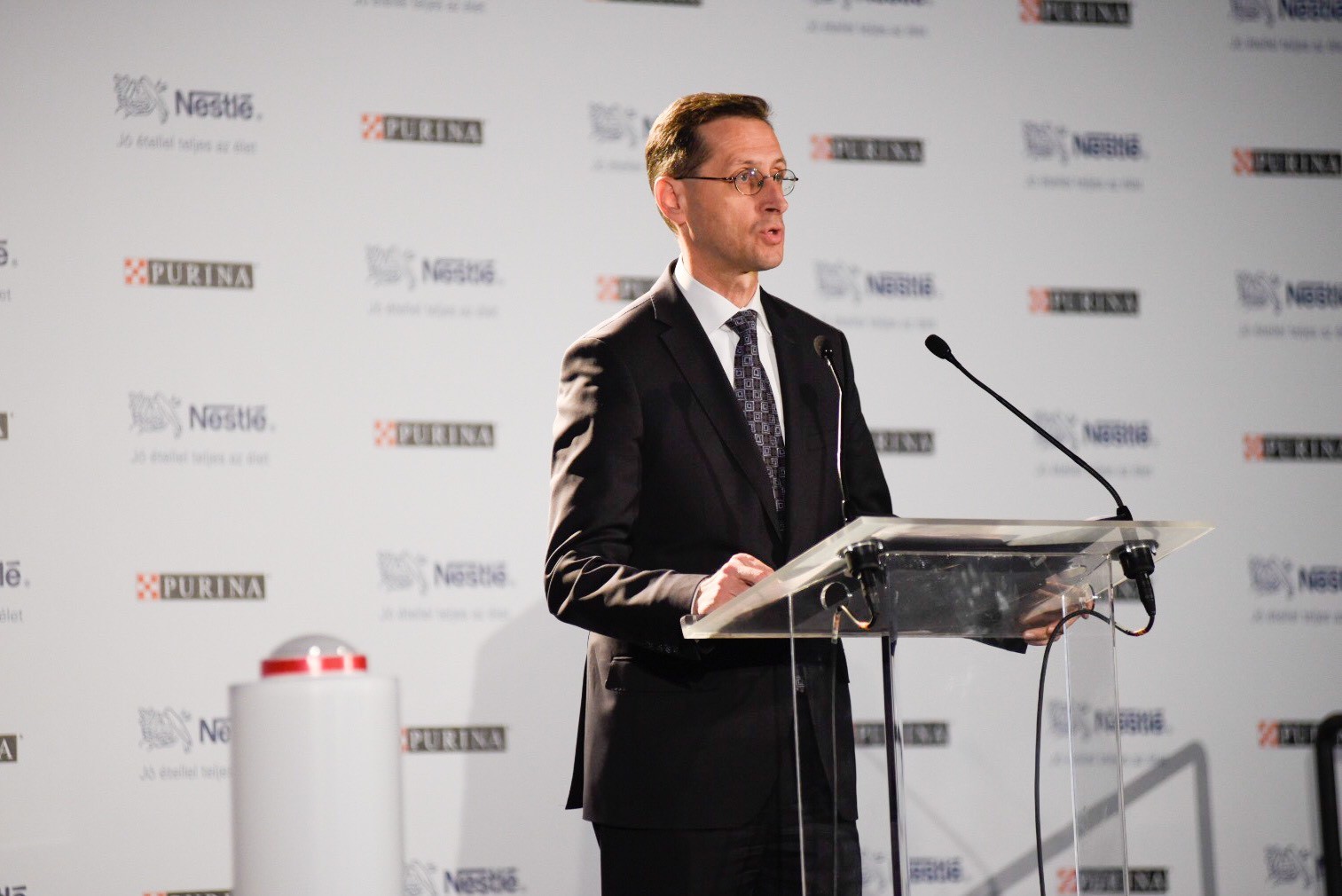 Nestlé Hungária Kft., the largest Swiss investor and employer in Hungary has further strengthened its market position with its latest investment. The fully automated new manufacturing unit employs a globally unique technology to process high-quality local agricultural produce into 1 million products every day. More than 50 truckloads of pet food a day leave the factory, destined for 42 countries around the world. The new 5000 square-metre manufacturing hall includes two new filling and packaging lines that were inaugurated today in Bük by Mihály Varga, Minister of National Economy.

Mihály Varga spoke highly of the commitment of Nestlé Hungária Kft. to Hungary. Such commitment is, he said, reflected in the development projects completed here and also in the appreciation by the company’s management of the skills, the creativity and the devotion to work of Hungarian employees. This new manufacturing unit is a step forward in more than one respects, the Minister of National Economy added, because it strengthens the economic ties between Switzerland and Hungary, brings stability and new opportunities to the almost 2000 domestic suppliers of the company, and also plays a significant role in the development of County Vas.

“60 per cent of the agricultural produce used in our Bük factory – more than 78,000 tons - comes from Hungarian producers”, Kai Herzke, the director of the Nestlé Purina plant in Bük stressed. Over the past ten years the Nestlé Group has purchased cereal crops in excess of 900,000 tons from Hungarian farmers.

More than 90 per cent of the plant’s output is exported to foreign markets, and the company has exported pet food worth more than HUF 380 billion from Bük since 2006. “Our products reach cats and dogs living in more than 40 countries around the world.”, Bernard Meunier, CEO, Nestlé Purina PetCare Europe, Middle East & North Africa explained.

Owing to its three regional production centres in Hungary, the volume of goods exported by Nestlé Hungária Kft. exceeds the company’s imports by a factor of fifteen. Nestlé is the largest Swiss employer in Hungary, with a total of 2400 employees working at the Budapest headquarters and in the manufacturing plants in Bük, Diósgyőr and Szerencs. “Thanks to the extension projects of the Bük plant the number of Bük-based employees has tripled in the past 10 years,” Kai Herzke, Factory Manager added.